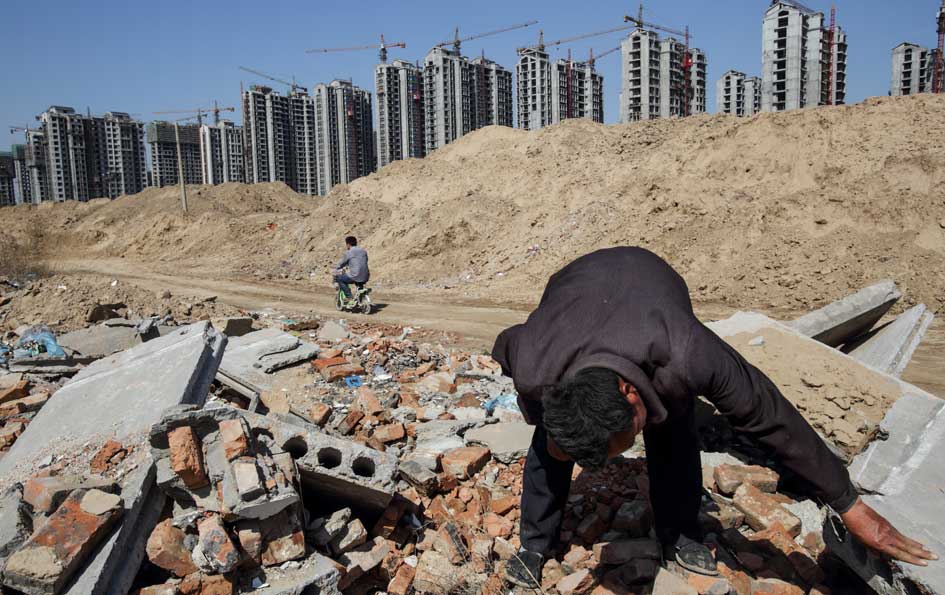 The image on the front of a recent New York Times caught my eye. A man picked through the rubble of his bulldozed village. On the hillside above stretched a line of 20-story apartment buildings. The headline: “China’s Great Uprooting: Moving 250 Million Into Cities.”

The article detailed China’s plan to move 250 million rural dwellers into cities within the next 12-15 years. If achieved, China would have an urban population of nearly 1 billion!

Social engineering on such a scale is filled with pitfalls. But one thing is clear – the Chinese government understands the power and importance of the City to shape and influence the future. They are marshaling people and an estimated $600 billion annually to make it happen.

The article prompted me to consider what we as the Church are doing to marshal the resources to take the Gospel to existing cities already inundated by massive organic migration.

While more and more evangelical missions recognize the importance of cities, there remains insufficient appreciation for how strategies and ministries must fundamentally change to meet the needs of the urban environment. Ministry in cities is costly and demands concentration and cooperation of human and financial resources on unprecedented scales.

It is possible for one mission with a few missionaries and limited resources to effectively penetrate a small village with the Gospel. But those same approaches are wholly inadequate in cities where populations number in the millions and where the property costs for a single church can be the equivalent of all costs for years of ministry in other contexts.

T.J. Addington, Executive Director of ReachGlobal (the missions arm of the Evangelical Free Church of America) recently lamented that “mission agencies and denominations have a poor track record of cooperating for the cause of the Gospel globally but until that happens we will not see significant Gospel penetration of the world’s cities.”

These are sober words and they illustrate why serving as a catalyst toward partnerships is a core element of our mission statement. Your prayers and support are tremendously important to helping us develop the partnerships between local churches, mission agencies, and specialized ministries vital to penetrating cities with the Gospel of Jesus Christ.

So thank you! It is your partnership with us that helps make these other partnerships a reality. And in God’s hands, our marshaled resources will do far more for the world than $600 billion.

This website uses cookies to improve your experience while you navigate through the website. Out of these, the cookies that are categorized as necessary are stored on your browser as they are essential for the working of basic functionalities of the website. We also use third-party cookies that help us analyze and understand how you use this website. These cookies will be stored in your browser only with your consent. You also have the option to opt-out of these cookies. But opting out of some of these cookies may affect your browsing experience.
Necessary Always Enabled
Necessary cookies are absolutely essential for the website to function properly. This category only includes cookies that ensures basic functionalities and security features of the website. These cookies do not store any personal information.
Non-necessary
Any cookies that may not be particularly necessary for the website to function and is used specifically to collect user personal data via analytics, ads, other embedded contents are termed as non-necessary cookies. It is mandatory to procure user consent prior to running these cookies on your website.
SAVE & ACCEPT